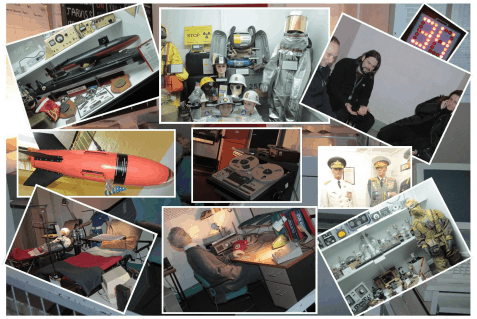 Days out for Young People at Huntercombe Hospital Stafford

Thursday 14th December saw a group of young people from Thorneycroft and Wedgwood take a trip into a decommissioned nuclear bunker nestled in the sleepy Cheshire countryside. The bunker was built in the 1950s and would have acted as a centre of regional government if ever a nuclear war broke out. So, in short, it’s where all the ‘important’ people would hide and protect themselves!

Our group had a great time looking around the eerily preserved rooms and spooky corridors, taking in sights such as radar equipment, a medical bay, decontamination room and an old BBC studio, intended to broadcast instructions and messages to those left in the radioactive wasteland above ground.

One of our young people documented our adventure by taking many photographs of this strange attraction.

The young people and staff from Thorneycroft also attended an Activities Trip to the Birmingham Art gallery and Museum in December. The museum has over 40 galleries to explore, including exhibits on the Staffordshire Hoard, Ancient Egypt, the Pre-Raphaelites, and Birmingham: its people and history. We enjoyed dressing up as Anglo Saxons!