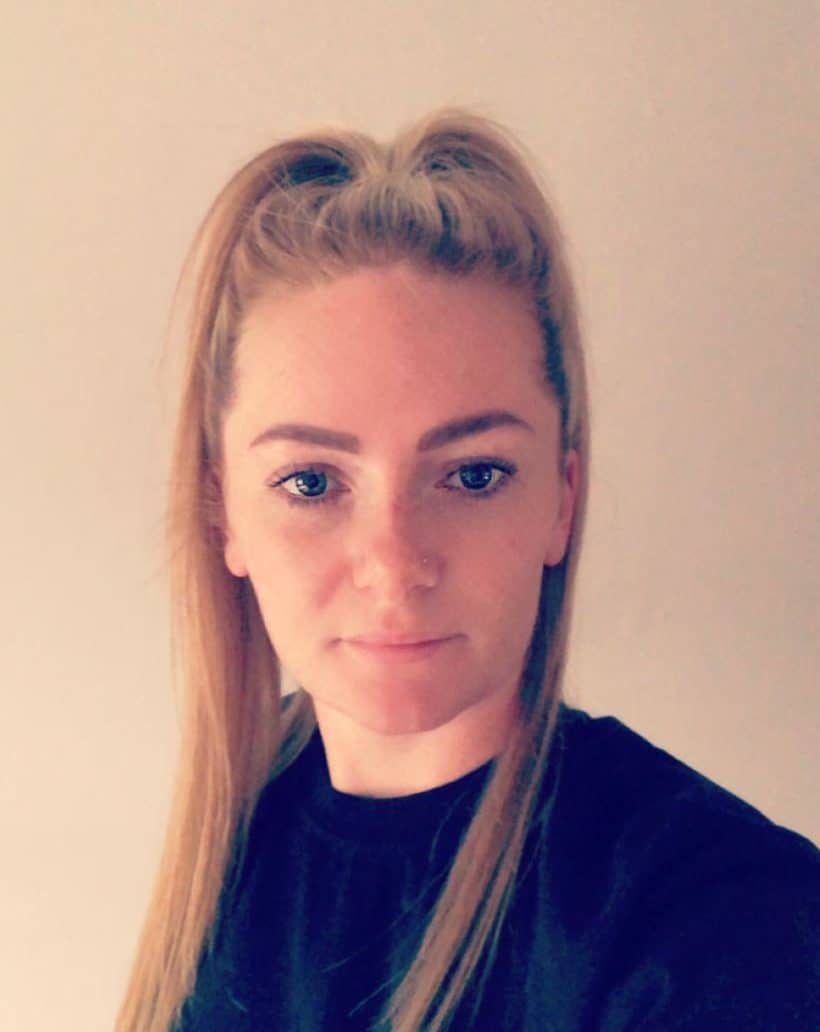 Sophie’s career so far with Huntercombe

Sophie’s hugely excited to be accepted on Huntercombe’s Grow our own nurses programme so we caught up with her to find out a little more.

Sophie trained as a hairdresser at college but very quickly realised that this wasn’t going to fulfil her the way she had hoped a job would. In discussion with a friend’s mum she started to consider working with people with learning difficulties. The friend’s mum had been working as a senior support worker at Cedar House in Kent for many years and really encouraged Sophie to apply for a job.

Unfortunately, when Sophie first sent in her CV Cedar House Huntercombe weren’t recruiting. However Sophie was determined to work with people with learning disabilities and was able to secure a job as a support worker in the community. This helped to clarify that for Sophie this was absolutely the right choice; she really enjoyed it and felt that she had found supporting people extremely rewarding. This was the job satisfaction she’d been looking for.

Nine months later Cedar House got in touch. A vacancy for a support worker had become available and as they had kept Sophie’s CV on file they thought she would be interested. Needless to say, Sophie was both interested and successful in securing the job.  With hindsight she feels that her time working in the community not only helped her to figure out what she wanted but the experience also helped her to get the job at Huntercombe. Sophie started working at Cedar House in September 2011 and hasn’t looked back since.

Initially Sophie worked on a ward directly with one particularly challenging patient and as he moved around wards (as his needs dictated) then she moved with him. She did this a couple of months and then worked across two wards (one male, one female).

A new opportunity at Huntercombe

In 2016 Sophie was contacted by the training department and asked if she would be interested in becoming the ‘Conflict Management and Physical Intervention Trainer’. Sophie was thrilled to be asked as she didn’t know the role existed and certainly hadn’t applied.

Retaining employees is a major focus for Huntercombe so all managers are encouraged to help to develop employees’ skills and careers, recommending them for different roles and if necessary, creating new roles for them.  For Sophie it was a huge compliment to be recommended for the role and she thoroughly embraced it.

Sophie needed to undertake three different courses and then be assessed on delivering assessments back to her trainers at MAYBO, who specialise in training to reduce risk in the workplace. Part of the course is also BILD (the British Institute of Learning Disabilities) accredited as it relies heavily on positive behaviour support (PBS).

Once Sophie had passed the course Cedar House created a new job role of Conflict Management Advisor. Sophie uses the skills she learnt to help support the development of care plans around reducing interventions and conflict. She also investigates and recommends actions when incidents of restraint are recorded. Her aim is to reduce conflict as well as durations and restrictiveness of restraints. She’s been doing the role for three years now and in that time there’s been a reduction in staff injuries and the duration of restraints. Sophie’s the first to admit that whilst her work has contributed to this, the company-wide adoption of PBS has also had a huge impact.

Sophie has been very much one of the ‘feet on the ground’ helping to re-enforce PBS and has devised and delivered bespoke training, alongside psychologists and ward managers, for staff dealing with complex and challenging patients. She also worked alongside a colleague to lead and implement a new response to managing challenging patients called the ‘safety pod’. This is a beanbag that enables patients to be restrained in more comfort and a much less restrictive manner and has enabled the duration of restraints to be more than halved.

Even before undertaking the MAYBO training Sophie knew that she wanted to become a mental health nurse. However, she felt that undertaking the Conflict Management Advisor role would really grow her skillset and wanted to fully develop the role before moving on. Back in 2017, prior to the Grow our own nurses programme existing, Sophie told the centre manager that she wanted to train to become a mental health nurse but didn’t want to leave Cedar House in the lurch as her role as Conflict Management Advisor had been having such a positive impact. Emma, the centre manager, is always hugely supportive of staff looking to develop and recommended Sophie find herself a university place through UCAS and that they would then discuss next steps.

So Sophie did just that and with Emma’s support, lead the recruitment process for a replacement for her role as Conflict Management Advisor.  Sophie was planning to self-fund her degree by continuing to work shifts around her university commitments. Then, as luck would have it, Huntercombe introduced the Grow our own nurses programme. Ordinarily, applicants are advised not to apply for a university place until they have been accepted on the programme but as Sophie had already secured a place at university, she had nothing to lose by applying.

The Grow our own nurse programme

All applicants undertake two written assignments and an interview for the Grow our own nurses programme and with almost 100 applicants for 10 places, it’s highly competitive.  Sophie was thrilled to find out she’d been accepted. For Sophie, as for many applicants, being funded and paid their normal salary whilst studying lifts a huge financial weight from their shoulders.

As with all of our Grow our own nurses, Sophie will continue to work 3-4 shifts a month to help her to stay in touch with developments at Cedar (as well as patients and colleagues) and will come back to work for Huntercombe for two years after completion of her degree.

Sophie’s looking forward not only to studying and developing as a nurse but when she returns, to being able to support patients in a different way. Sophie views all of her experience to date as incredibly valuable as she’ll have a really broad perspective of different roles within the team and how they interact.

By her own admission, Sophie’s naturally more practical than academic and knows that she’ll have to push herself academically. But she’s not worried and is keen to embrace the challenge. She’s also keen to encourage anybody who’s thinking of applying for anything that develops their career to ‘go for it’ and check out the support that’s available, especially at Huntercombe.

Sophie says that the support she’s received at Huntercombe, from both managers and peers has been consistent and encouraging and she’s keen to acknowledge that. When she took on her new role as Conflict Management Advisor there were multiple expectations of what she would be able to achieve and sometimes this felt overwhelming. However, her manager and peers were fully supportive and helped her to work through it. The same applies to the Grow our own nurse course.

In fact, all of the Grow our own nurses across the group have their own Whatsapp group so that they can share experiences, help each other out with advice, discuss particular challenges and support each other. Which is what it’s all about, really.